The next version of Microsoft’s Windows, codenamed Windows Sun Valley, will reportedly launch on June 24. This new version will reportedly bring many changes and updates to Windows 10.

Originally, Microsoft stated that this version will be unveiled “very soon,” but now Microsoft has given us a little more, stating that Sun Valley will be shown at the “what’s next for Windows event” on June 24 at 11 a.m. ET. It should be noted that this will be a first look at this new version, and not an official release that you can grab through Windows Update. Many assume we will learn more about it when it will be made available for download at this event.

So what is changing in this new version? The short answer is we don’t really know. No one will know for sure until the event on June 24. However, there are many rumored changes coming to Sun Valley, according to Windows Central. The biggest change is a complete refresh of the Windows UI. Items such as the Start Menu, Task Managers, and even windows will now have rounded corners. The idea being it’s time for Windows to receive a modern look to better match modern workflows.

Taskbar changes are coming as well, as screenshots have surfaced with pinned apps centered on the taskbar, instead of starting on the left side of the taskbar. Personally, this new look reminds me of macOS, but good luck getting Microsoft to admit they took a design tip from Apple.

On top of these new UI tweaks, Microsoft is also giving many of its apps a bit of an overhaul and the app store is reportedly set to get a redesign as well. The new store will include desktop apps in the store as well that currently aren’t available on the store.

So when will this be released? While we all get our first look at the improvements on June 24, currently it’s rumored that Microsoft hopes to begin delivering this new version in the fall of this year. At this point many of these features are still rumor and speculation, but with all the hype surrounding this release, I think it’s pretty clear that big changes are coming to Windows. The question for us is this, do we want these changes or not? 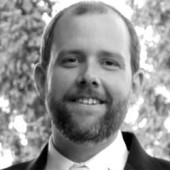 Microsoft Teases Next Generation of Windows